6 Inconspicuous Signs You Are Drinking Way Too Much Already

Contents show
1 1. You become too daring
2 2. You drink a lot every weekend
3 3. You don’t know your limits
4 4. You’re having memory issues
5 5. You fall short on some of your tasks
6 6. People around you are worried

We drink for social connection, for good times, and sometimes bad. But when we never turn down the chance to drink, this could mean trouble, like we’re-over-drinking-already kind of trouble. When we realize this, it is only crucial that we take it slow; otherwise our drinking habits can take a turn for the worse.

The CDC reports that the number of Americans nearing the danger zone of over-drinking continues to soar. Drinking every now and then is fine, but overindulging in booze is serious business. It is responsible for over 80,000 deaths in the US each year. It is also the third leading cause of fatalities that can be prevented.

So, how to know that you’re nearing the line of over-drinking? For women, it’s four or more drinks in a short span of time while it’s five or more for men. Of course, most of those who drink too much can’t be labeled alcoholic yet, but they’re surely somewhere in between. To find out where you are when it comes to your drinking habits, here are 6sneaky signs your booze-loving nature is actually serious:

1. You become too daring 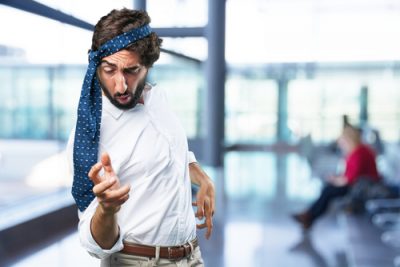 Drinking can obviously lower or eve remove someone’s inhibitions. Getting drunk, however, is not just about being embarrassed about some stupid things you’ve said or done in your drunken stupor. It can also lead to serious repercussions brought by decisions made while drunk. If you’re not careful, one drunken night could alter your life for the worse.

In fact, alcohol is a factor in around 60% of lethal burns and drowning, 40% of mortal falls and car accidents, and half of all sexual assaults. You may be drinking for the fun of it, but when it gets out of control drinking can lead to tragic mistakes that you cannot take back, not ever. People have to be responsible for their actions all the time and the only way to be capable of that is by not over-drinking.

2. You drink a lot every weekend

You may think you’re a normal drinker because you only drink during the weekend, but binge-drinking as means of making up for the lost time isn’t good, either. Studies show that drinking around seven glasses per week can lower your risk of diabetes and cardiovascular issues. However, refraining from drinking all week so you could binge drink in one sitting cancels out alcohol’s potential health gains.
Furthermore, overdrinking in a single occasion can increase blood pressure and disrupt the get in the way of some medications. Plus, there’s the case of acute alcohol poisoning, which happens when you drink huge amounts of alcohol in a short time. Women are more vulnerable to this since they’re smaller in built and size compared to men.

3. You don’t know your limits 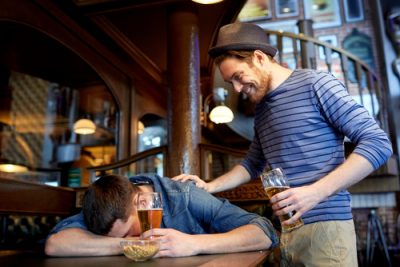 One moment you’re convinced you’re only going to have a drink or two, and then all of a sudden you’re already down on your four. One of the hints you’re a binge drinker is having no idea what your limit is, or acting so shocked when you’ve exceeded it. Just like major health issues, drinking problems gradually develop. It also develops in a devious manner. For this reason, it is wise to re-assess your drinking habits by regularly writing down how much your drink and when. This way, you’re able to track your drinking lifestyle and identify immediately if you’ve been frequently exceeding your limits.

Basically, the effects alcohol has on every person varies. This depends on genes, medications, and so on. Nonetheless, researchers believe that excessive drinking disrupts your recollection by disturbing a key messenger in your brain known as glutamate, which is connected to memory. This is the reason you tend to forget some parts of your drunken night at a party. In this case, your drinking buddies are more than willing to fill in the blanks for you with amusement or utter disgust.

5. You fall short on some of your tasks

Drinking becomes a problem when you begin to be neglectful of things for the sake of alcohol. Friday night is supposed to be the night you spend with your girlfriend to watch rom-com, but you’re still out partying and getting yourself wasted at a random party. Or you skip your parents’ anniversary lunch date because you have a terrible hang-over. The moment you start missing things that should be part of your personal life routine is the moment your drinking habit has reached the next level of serious.

6. People around you are worried

The moment a friend, a family member, or even a co-worker has hinted or has straightforwardly told you that they’re worried, it’s time to take a step back and re-evaluate your drinking habits. The first step is to acknowledge that you’re drinking more than you could handle. After you’ve identified your problem, it’s time to make some goals with the purpose of cutting down on this dangerous habit.

If you’re going to a party with unlimited booze, tell your partner or friend of your drinking limit and ask them to remind you of that. This way, it’s easier for you to refuse the next drink because you’re being held liable by someone else. When it comes to guilty pleasure, there’s no trusting yourself.

A Review of Hell Fire by Innovative Labs