The Breakdown: What Form of Protection is Best for You

In today’s sexual atmosphere, everyone knows that it’s best to practice safe sex. But ask ten different people, and you’ll get ten different ideas of what exactly constitutes as safe sex. There are a huge variety of options available to let you engage in safe sex. Which is best for you depends on a number of things: whether you’re in a relationship, what level of protection do you find necessary, and, of course, personal preference. Here’s a breakdown of the available forms of birth control and sexual protective measures. Some are only directly used by women, but sex needs (at least) two parties to make it a party, so even if it’s not something you’re taking or putting on, you should be educated on the options available.

It says something about our species that we’ve developed pills that kill headaches, treat cancer, and deal with all sorts of conditions, yet the one that we’ve collectively agreed on as “The Pill” is the one that facilitates carefree sex. Birth control pills are taken by the woman, and come 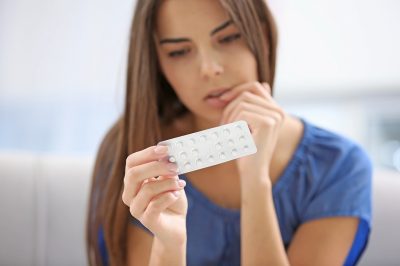 Both are quite effective at preventing births; in a thousand women using either pill over the course of a year, only three will get pregnant. However, the pill only prevents against pregnancy; if you’re concerned about STDs, then it won’t do anything. Many couples in relationships who have both been tested rely on the pill, but if you’re hooking up with a random woman, even if she’s on the pill, you’re better off using something else on top. The pill has been something only available to women for a long time, but it looks like a safe and effective male birth control pill is right around the corner, which should make a lot of us happy.

Condoms are one of the most common forms of birth control, and one of the most effective. They’re a latex sheath that you unroll around your penis before penetration, limiting the skin contact and eliminating fluid swapping between you and your partner. Condoms have a very effective rate of preventing pregnancy, but the real advantages of condoms are that they provide the most protection from STDs as any option on the market. Generally, the biggest drawback of wearing condoms is that the barrier between you and your partner reduces sensation, and can make the experience less satisfying, but you don’t want to trade future pain for a momentary increase in present pleasure.

Female condoms are essentially male condoms, but reversed. Instead of going around the man’s penis, they’re inserted into the woman’s vagina. While they provide more protection against STDs than most other forms of contraception, the lack of a seal means that they aren’t as effective as male condoms, at either preventing pregnancy or warding off STDs. There is also the same issue as male condoms, the lack of direct skin to skin contact leaves some unsatisfied.

The IUD is another option that is only available for women and, like the birth control pill, is generally a better option for people who are in a relationship. The IUD requires a doctor to implant, as it is placed deep inside a woman’s uterus. There are several types of IUDs; some prevent the sperm from getting to the egg, whereas others release hormones to prevent pregnancy. The IUD is a longterm option, lasting for up to 10 years, but it is not permanent. While it’s extremely effective at preventing pregnancy, it’s another option that does nothing to protect you from STDs.

One step beyond the IUD is a permanent, surgical solution, which can be performed on both men and women. Women can have their fallopian tubes tied, stopping passage of eggs so they can’t get fertilized, whereas men can get a vasectomy, a process that prevents sperm from getting into their semen, making them infertile. Both options are essentially the same; 100% effective against pregnancy forever, but very difficult to reverse, and ineffective against STDs. Surgical solutions are good for married or committed couples who have already have children, or anyone who is completely confident that they never want to have them.

There are a whole family of devices that a woman can insert into her vagina to prevent pregnancy. Since they all work about the same to anyone whose not using them, you don’t need to know much about them. What you should know is that they are marginally less successful than more tried and true methods like the IUD or the Pill, and they don’t offer any meaningful protection from infection.

Also known as the “pull-out” method, withdrawal is when you make sure not to ejaculate while you’re still inside the woman. This is, by far, the most irresponsible and least effective birth control method, not only because you’re expecting ironclad control of yourself at the precise moment that you are least in control, but also because the pre-ejaculate that your penis naturally makes to lubricate the experience can contain trace amounts of semen, making the whole exercise pointless. The only reason to ever use the pull-out method is compounded with another form of birth control, as a sort of backup.

It’s often said in some circles that abstinence is the only method of birth control with zero chance of pregnancy or infection. While this is true, it’s also stupid. The possibilities of consequences shouldn’t prevent you from living your life. If you are safe and responsible with how you have sex, then you’re doing what you need to protect yourself.

If you have sex regularly, in a relationship too but especially if you’re engaging in casual sex with multiple people, it’s absolutely necessary to get yourself tested regularly. Even if you do everything right, you can never know what will slip past your defenses. Getting an STD test is always scary, but it’s better to know if you caught something to deal with it early than to let it fester and potentially create longer term issues.