Many of us love exercising outdoors, to the point where we allow virtually nothing to stop us from doing so. This includes even the bitter cold, which many of us are suffering through during this time of year.

While we do have plenty of tools such as various types of protective to clothing to shield us from the cold, there still are some very serious health risks to be aware of when exercising in freezing temperatures.

Here’s what can happen to your body when the temperature drops below freezing, and how you can protect yourself from these potential health risks. 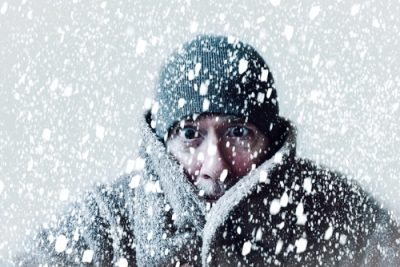 Cold air can also irritate the eyes in the same manner, and in response the eyes produce more tears to lubricate the eye. In some cases the body produces an access here, hence why many people experience tears flowing down their cheeks when they’re out exercising in the cold.

One benefit of living in an area where it gets cold if you’re looking to lose weight, is that the body burns more calories when we’re in colder temperatures. This comes down to simple metabolism in that the body needs more fuel to maintain our core body temperature.

Another aspect that influences calories burned in colder temperatures is that we tend to shiver, which in itself burns a little bit of calories. While this caloric burn due to shivering itself is rather negligible, in doing so it signals the body to activate the hormone irisin, which promotes fat loss.

One area over health that is affected by the cold weather which many people are not really aware of, is that we tend to experience a higher frequency of migraines during the colder winter months. This again has to do what if the bodies physiology, and how it protects itself against the cold. 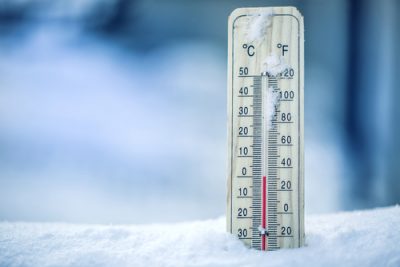 In order to maintain the body’s core temperature, the body as many tools in which it can use to do so.
The body can constrict blood vessels which supply blood to the skin, which reduces the amounts of blood flow to this area. This means that less volume of blood is exposed to these colder temperatures, helping the body maintain its core temperature.

This comes along with some side effects as well, such as some individuals experiencing a higher frequency of headaches. Blood vessels supplying the skin surrounding the skull are also constricted as well, which can cause a headache.

People can experience more headaches during the cold winter months for other reasons as well, such as a change in barometric pressure. Winter storms in particular bring sudden drops in atmosphere it pressure, which can trigger headaches in many individuals.

The best thing to do if you experience a headache when exercising in the cold is to get inside to warmer temperatures as soon as possible, or at the very least provide some protection to your head if you’re going outside.

Frigidaire can cause coughing, wheezing, and shortness of breath to two the effect of the frigid temperatures on our lungs. People who are smokers or who have other lung conditions such as asthma are at an even greater risk.

If you experience shortness of breath followed by chest pain and the feeling that you might vomit, may be experiencing a heart attack. Heart attacks spike during the winter months due to this issue, as well as many people shoveling snow who aren’t used to regular exercise.

The Ultimate Guide to a Ripped, Lean and Toned Midsection

How to Dress for a First Date