Dating and Sex After Divorce

Contents show
1 You have to have confidence.
2 If you’re on a first date or a hookup with someone, try to leave the baggage at home, at least just for that night.
3 We’ve been ignoring the elephant in the room so far. There’s been one massive change since the last time you were on the dating scene: the internet.
4 Try to take it slow and don’t go too deep, too fast.
5 First, as mentioned before, you’ve been through a lot.

You may have thought you were done with it. You met that special someone, you settled down, you got a ring, you got on one knee, you walked down the aisle, you made your vows. ANd yet here you are — at the precipice of something quite terrifying. Something happened. Maybe it was beyond your control (maybe it wasn’t), but you’re divorced now, and your re-entering the dating world. You’re trying to get out there again. And after your long hiatus, it’s all so different and strange now.  What are you going to do? Where do you even start? Well, here’s some tips to survive the transition from divorcee to bachelor.

You have to have confidence. 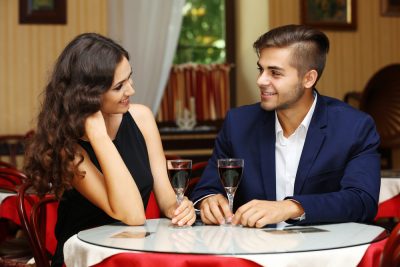 Going through.a divorce can be exhausting. It puts you through the ringer and its emotional baggage you probably never expected to have to carry around with you everywhere. But it’s there. Time to own it. One of the keys to getting your confidence back is owning your situation, and knowing that you’re not alone in your experience. There are plenty of other men who have been through the same thing and gotten back out on the dating scene and done just fine. Also, there are just as many women out there too who have been through experiences that you never would have possibly had the experience to meet them on the same level over and now you have this immediate connection and potential kinship in having survived a similar war.  Realize that you don’t get a divorce because everything in your marriage is going great. You were in an unhealthy relationship and now you’re out. Own that. Getting out of that relationship, despite the hours if not days or months of painful fighting and legal battles is finally over. You survived to see another day.

If you’re on a first date or a hookup with someone, try to leave the baggage at home, at least just for that night.

You don’t need to take a quick trip to the bar or a sit down over some coffee and turn it into an airing of grievances. You may find yourself with a chip on your shoulder when it comes to other people — specifically people of the opposite sex — due to your marriage experiences. This is not the time nor the place to confront those issues. Don’t take this as an invitation to bury those emotional problems deep down and never look at them again. They need addressing. But your date isn’t the one who is gong to fix them for you. At least not right now. You’d be surprised how hard it is not to bring up your ex. When you’re married, you’re sharing your life with someone and that means most of the experiences that you’ve had over the last so-many years have been tied to that person. You need to learn how to be an individual again.

We’ve been ignoring the elephant in the room so far. There’s been one massive change since the last time you were on the dating scene: the internet. 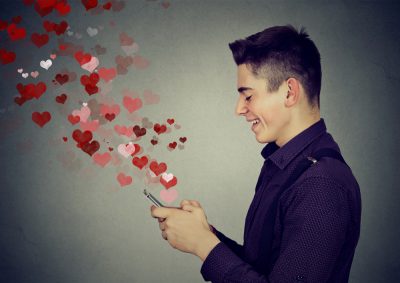 t’s not that it didn’t exist (maybe it didn’t — maybe it’s been that long). But the way it’s used now for dating, with smartphones and apps and dating profiles and algorithms that find the perfect match for you. It’s a lot. And you’re going to have to dip your toe in to survive. Using a dating app is now mainstream. And if you’re going to go that route, you need to set up a profile. Be honest, but complimentary without being effusive. Exhibit how well-rounded you are. Share some interests, some hobbies, throw a few items in there from your bucket list. And, hey, it won’t hurt to get some help from some friends in picking a profile picture for yourself. The one you love, might not be as flattering as you think. Find some friends of the opposite sex to help you pick a good one. There’s nothing to be ashamed of.

Try to take it slow and don’t go too deep, too fast.

Here’s the thing. You’re basically starved. If things have been bad in your relationship for a while, then it might have been a couple of months… maybe even a year or so… since you’ve dine the deed. And you’ll want to tackle that as quickly as you can.  You miss the old days. However — and this may be hard to admit — you may not be emotionally ready for that kind of burden.  Most importantly though, you don’t want to get burnt out. You may feel a need to get laid right away. And by as many women as will have you in the shortest time allotted. But this is a recipe for disaster.

First, as mentioned before, you’ve been through a lot.

And going through a lot of relationships in a short period of time can belie some lingering trust issues that you’ve developed from your divorce. You need to get out there and sow your seeds of course, and experience the full gamut of what a relationship has to offer for you, but that’s not what you’re doing. You’re treating it like a buffet and not savoring anything. You need to allow yourself to get to know a person. You need to remember how to put int he work and start from scratch. These are muscles that you haven’t worked with in a very long time. The scariest part of returning to the dating pool at first might seem like it’s those initial steps: how to approach someone, what to say, the fear of rejection, the list of firsts. But the real challenge will come down the line. You’ll have to learn how to discover things about someone, how to learn their likes and dislikes. You’ll have to learn how to build trust with someone — and how to trust them. You’ll have to learn how to be able to fully share experiences with an entirely different person who experiences things in a totally different way from you or your ex.  This is where the real challenge is. Don’t be afraid of it. Take your time. Don’t jump right in. Savor it. It’ll totally be worth it.

The Best Foods for Diabetics

How Does the Western Diet Compare to the Plant-based Version?