How Diabetes Destroys Your Sperm Quality

Diabetes is a medical condition that can impair a man’s sexual function and cause your sperm quality to deteriorate. Numerous studies have established the link between erectile dysfunction and diabetes. The condition causes damage to your nerves and blood vessels, resulting in an impaired erectile function.

But a man’s sex life isn’t the only thing that diabetes destroys. It can also make you infertile. Specifically, diabetes can adversely affect your sperm concentration, reduce your sperm motility, and cause your sperm to be morphologically abnormal. Below you’ll find the details of how diabetes can affect a man sexually.

The mechanisms by which diabetes causes male infertility are varied. First of all, diabetes may cause you to develop hypogonadism. This means that your testosterone production and your sperm production will both be negatively impacted.

That’s because diabetes can alter how your hypothalamus secretes gonadotropin-releasing hormone (GnRH). Your GnRH is necessary for your pituitary gland to produce both luteinizing hormone (LH) and follicle stimulating hormone (FSH).

In addition, diabetes may also alter your Leydig cell functions. Located near the sperm-producing seminiferous tubules in your testes, your Leydig cells produce testosterone, but only when triggered by your luteinizing hormone.

Aside from causing damage to your hormonal levels and your testicular functions, diabetes can also make you lose your ability to achieve erections. In fact, both erectile and ejaculatory dysfunction are widely recognized as common complications of diabetes mellitus. 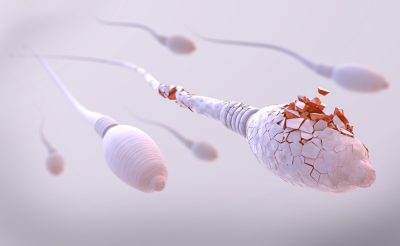 Research shows that male diabetic patients often show altered mitochondrial function between 5 to 10 years after the onset of their diabetes. Reduced sperm motility eventually follows, especially in men who have had diabetes for more than 10 years already.

Both types of diabetes can cause a reduction in your sperm volume. In men with type 1 diabetes, epididymal dysfunction can happen. Since the epididymis plays an important role in sperm storage, transport, and ejaculation, when the epididymis is dysfunctional, it can lead to reduced semen volume.

For men with type 2 diabetes, once the disease affects their testosterone level, they will start seeing reductions in their production of seminal fluid. That’s because the seminal vesicles that are responsible for secreting most of the seminal fluid are heavily dependent on testosterone.

If you’re diabetic and you have high oxidative stress levels, it can further impair your fertility. That’s because your sperm is very sensitive to oxidative stress. In addition, for diabetic men, the epididymis is also a potential target of oxidative stress-causing reactive oxygen species.

Although it’s widely accepted that diabetes negatively affects male fertility, the mechanisms by which the two types of diabetes affect male reproductive health actually differ. To put it simply, your testicular function will be impaired depending on the type of diabetes you have and how long you’ve had the condition.

For men with type 1 diabetes, a low ejaculate volume is the most common adverse effect of diabetes on fertility. This is due to the mitochondrial damage caused by diabetes, which, in turn, causes insufficient physiological epididymal contraction.

In short, when you ejaculate, your epididymis doesn’t contract well enough to expel your seminal fluid efficiently. Moreover, men with type 1 diabetes also suffer from increased oxidative stress which also causes adverse effects on sperm quality such as a higher number of abnormal sperm. 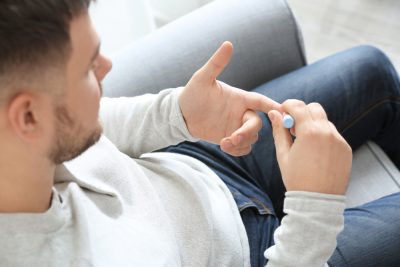 On the other hand, men with type 2 diabetes suffer from an inflammatory condition which then causes an increased concentration of leukocytes in the seminal fluid. This, in turn, increases sperm oxidative stress, at much higher levels compared to the oxidative stress levels in men with type 1 diabetes.

Protecting Your Sexual And Reproductive Health

Once you already have diabetes, one way that you can avoid losing both your fertility and virility is by diligently managing your condition. That means you’ll need to constantly monitor your blood sugar and insulin levels so that your condition won’t worsen.

That’s because it is formulated using medicinal plants that are known to increase male fertility. For example, it has Tribulus terrestris and maca which are both known to help promote testosterone and sperm production as well as increase sperm motility.

Pros and Cons of Martial Arts