The Link Between HIV and Hypertension

Contents show
1 What is HIV and AIDS?
2 What is HAART?
3 What is hypertension?
4 Why do researchers believe that HAART can cause high blood pressure?
5 Why is this link important to be aware of?
5.1 So if you are suffering from HIV, remember that HAART can be very beneficial, but it is not a cure.

The CDC estimates that well over a million people in the United States are living with AIDS. To treat AIDS, most healthcare providers are using highly active antiretroviral therapy (HAART). Unfortunately, HAART is also associated with an increased risk of certain heart and kidney diseases, likely because of the link between HAART and many precursors to heart and kidney diseases such as hypertension. Here are some of things you should know about HIV and hypertension.

What is HIV and AIDS?

Human immunodeficiency virus (HIV) is a virus transmitted sexually, through blood, or through breast milk. The virus targets an infected individual’s immune system, specifically attacking T-helper cells (also known as CD4). T-helper cells are a type of white blood cell that is important for guarding your body against illness and infection. Eventually, people living with HIV will find it difficult to avoid catching rare and deadly diseases.

Acquired immunodeficiency syndrome (AIDS), however, is the set of symptoms associated with having your immune system compromised due to HIV. If you do not seek treatment, then after ten to twenty years (depending on your age and other health factors), your immune system will become completely compromised. Eventually, this problem will lead to death. It is, therefore, important that anyone with AIDS gets the proper treatment. Fortunately, highly active antiretroviral therapy (HAART) has been shown to effectively treat those who are suffering with AIDS. 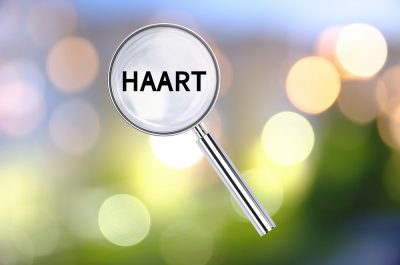 HAART has been used since 1996 to turn AIDS into an illness that does not have to kill patients suffering from it. While people in developing countries still tend to die from AIDS, people who have access to HAART can usually live long and relatively healthy lives.

HAART medications are actually wide array of drugs that are used to treat HIV, often by targeting various proteins associated with the virus. Every HIV patient will receive a different combination of medications and classes of medications, depending on how severe the case of HIV is, the particular strain of the virus, how much healthy CD4 is still left in the patient’s blood, and many other health factors.

Hypertension is high blood pressure, which means that the walls of your arteries are under a lot of stress either because you have a high volume of blood flowing through your blood vessels, very narrow arteries that cannot necessarily contain blood as well as wider arteries can, or both. If your high blood pressure goes untreated, it can eventually result in serious health problems, such as strokes and heart attacks.

Symptoms of hypertension tend to be very mild or completely nonexistent, which means you will probably find out from your doctor if you have high blood pressure. Some medical conditions can put you at a higher risk for high blood pressure, including sleep apnea, kidney diseases, adrenal gland diseases, thyroid diseases, congenital blood diseases, drug abuse, or alcohol abuse.

Why do researchers believe that HAART can cause high blood pressure? 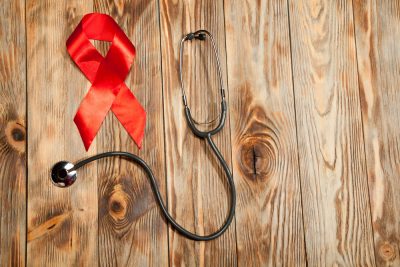 Before healthcare providers used HAART, problems associated with heart and kidney disease (like hypertension) were not frequently reported by those who were suffering from HIV. Some researchers think that a new increase in heart disease reports among patients is related to the fact that the majority of people with AIDs are older. However, most studies show that conditions like hypertension among the HIV population are actually associated with HAART medications, specifically protease inhibitors. A 2011 study showed that many of the HIV patients with hypertension were actually relatively young, which suggests that the ageing population of HIV patients is not the main cause of hypertension.

Why is this link important to be aware of?

The strong correlation between HIV and hypertension also reflects a broader trend of how AIDS is changing, especially in more developed countries. When the AIDS epidemic first broke out in the United States, the prognosis was not good. The fear surrounding AIDS eventually drove many people who were at high risk for HIV (such as people having unprotected sex and abusers of certain drugs) to be somewhat safer about the choices they made.

Now, however, people with AIDS can live long and happy lives. But HAART comes at price; it comes with providing a false sense of security to patients. Once the treatment starts working, people often revert to unhealthy habits that may have been partially responsible for causing them to get HIV in the first place. This means that, among the AIDS population, there are steadily increasing rates of drug abuse, unprotected sex, and patients choosing to stop taking their medication. This also means that they are less likely to effectively communicate with their doctors about treatment. This is especially true for HIV patients from poorer communities. They are also less likely to take cardiovascular and kidney disease warning signs seriously.

So if you are suffering from HIV, remember that HAART can be very beneficial, but it is not a cure.

Since heart disease is becoming prevalent among AIDS patients, stay alert for signs of things like hypertension. Make sure you continue to listen to your doctor because, while HIV may be manageable, it can still be very serious if you are not treating it effectively.