Pros and Cons of Martial Arts

Contents show
1 Pros:
1.1 Your kid gets more exercise:
1.2 Your kid becomes more self-confident and gains self-respect:
1.3 Your kid learns how to resolve conflicts:
1.4 They learn how to take a hit:
2 Cons:
2.1 Kids could become bullies:
2.2 The classes could become expensive:
2.3 There will come a day when your kid will get hit:

Without further ado, here are the pros and cons of martial arts.

Your kid gets more exercise:

Your kid won’t just sit around and watch television all day. He or she will get off his or her butt and tend to be on the move more. And that’s great because being on the move more prevents the risk of obesity, which is a growing problem in the United States today. Also, Martial Arts are in and of itself an exercise that burns a lot of calories within the hour and can get the child healthy. It also helps that your kid gets to fight other kids and, that way, they can burn calories together and, also, burning calories can be a fun event for your kid. 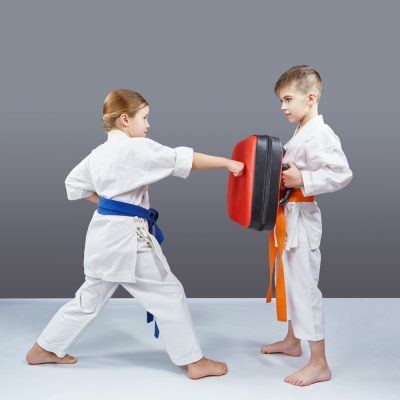 Your child will probably get the chance to play and interact with older kids. By doing so, they get to see that those kids are all right and not the tough guys that media and society have hyped them up to be. Also, through his or her interactions with the other kids and through what he or she learns from his or her martial arts class instructor, the child will also learn confidence and respect from other people. Then, he or she will show confidence and respect towards everyone.

Your kid learns how to resolve conflicts:

Children who learn Martial Arts are also taught to use their skills as a last resort. So, in addition to learning how to fight, they’re also taught how to solve a conflict so that they never have to use those skills in a fight. He or she will be able to solve any type of conflict by talking it out. So, any chance of your kid needing to use his or her skills is going to be extremely rare because he or she will just de-escalate the situation through talking things out. And those skills will come in handy one day because the job world does need people who can de-escalate conflict without erupting into a fight.

They learn how to take a hit:

Your kid needs to learn to take a hit in a Martial Arts Program. They learn to get back up once they get hit and get over it and fight again. And that is the lesson the child must learn in martial arts, to be able to take hits and get back up to try again and fight. Because, in a real fight, the attacker is going to hit for real, so your kid should be prepared to roll with something like that in order to keep their mind on disarming their attacker. And your child should learn to be resilient because the attacker will be resilient, too.

Unfortunately, there are some kids, when not closely monitored, who think they can throw their weight around the playground just because they can they have a martial arts belt. And they do this because it gets to their heads that they know they can beat other kids up.

The classes could become expensive: 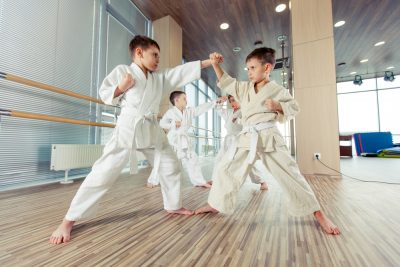 Classes could be expensive. You can be billed once or twice a month. You may even have to pay a six-month bill upfront, and you also have to buy the protective gear for your kid, and then there are the testing fees. Yeah, unless you have a job that pays you quite well, there’s no way you are going to be able to pay everything upfront. So, it’s a good idea to see if you can scope the area for a martial arts program in your area that’s within your budget. If you can’t find anything within your budget, then it’s a good idea to either save up or skip the entire program altogether.

There will come a day when your kid will get hit:

Even if your kid is good at dodging, they won’t be able to dodge forever. And you better be prepared when that day comes because, otherwise, it’ll be a very traumatic day for your kid. So, accept the fact that it might be possible for your kid to be hit in the face and, if it’s something that you don’t want for your kid, enroll your kid in something else that doesn’t involve getting hurt.

Overall, Martial Arts Program is a good program to get for your kid because it can teach him or her a lot of good stuff about self-respect, self-confidence, and respect towards everyone, conflict resolution skills, and martial arts. Also, he or she gets exercise and gets to learn how to take a hit. However, you have to consider that, if not monitored properly, the Martial Arts knowledge will get to the kid’s head and he or she will probably bully other kids because of it. Also, Martial Arts can get pretty pricey with upfront fees and the protective gears and testing fees.  And your child will get hit, so if you have qualms with that, maybe try enrolling him or her into something less violent. If you have no qualms over it, then you’ll most likely find martial arts most rewarding and worth every single penny.

What Is That Rash?

How Diabetes Destroys Your Sperm Quality