Sperm Count in 3 American Cities are on the Decline

There’s a global decline in sperm count, and Americans are also affected. Scientists attribute this declining trend to environmental and lifestyle factors. The food we eat, the pollution in the environment, even the stress we experience in our everyday lives all contribute to the decrease in sperm count.

A recent study showed that even in the United States, this downward trend in sperm counts is also happening, although different geographical areas seem to be affected differently. Learn more about the findings of this new study and find out what you can do to improve your sperm count.

A paper presented at the recently concluded scientific congress of the American Society for Reproductive Medicine revealed the results of a study on sperm donors in Boston, Los Angeles, Palo Alto, and New York City.

The researchers conducted a longitudinal study of samples from sperm donors in these 4 cities from 2007 to 2017. The samples were analyzed for sperm concentration, sperm count, and count of motile sperm. The age of the donors ranged from 19 to 38 years.

There were more than 26,000 samples from close to 500 donors from Palo Alto, California. New York City had the least number of samples, at only more than 13,000 from almost 400 sperm donors.

What’s unexpected about the study’s results is that except for the total motile sperm count and total sperm count of the samples from New York City, all the rest showed a decreasing trend from 2007 to 2017.

With regard to total sperm count, samples from Palo Alto showed the biggest decrease at 3.97 million. Samples from Los Angeles and Boston also showed declining sperm counts. The samples from New York City, in contrast, showed an increase of 2.75 million. 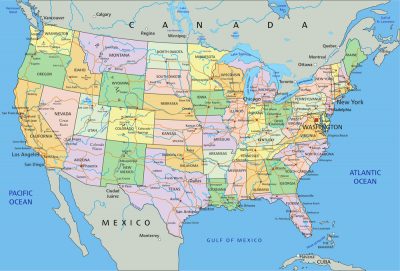 Los Angeles samples also had the biggest decrease in total count of motile sperm, at 3.11 million. This is followed by a decrease of 2.96 million for the samples from Palo Alto, whereas samples from New York City increased by 3.39 million.

According to the researchers, although sperm counts are lower, the levels are not yet bad enough that it would have a negative impact on fertility. Nonetheless, the researchers pointed out that the declining sperm count and motility of American sperm donors need to be investigated further.

The paper did not explain why sperm samples from New York City were different from the samples from the other city. Nevertheless, it is believed that the active lifestyle of New Yorkers may play a role.

Ways to Increase Your Sperm Count

Normal sperm production is dependent on several factors including diet and hormonal balance. When you’re not deficient in any of the nutrients needed for normal spermatogenesis such as zinc, folate, and vitamin E, you can avoid several fertility-related issues such as low sperm count or poor sperm motility.

In addition, when your endocrine system is fully functioning and your hormone levels are balanced, your sperm production will be smoother and more efficient, resulting in high sperm counts and high sperm motility rates.

Hence, one way that you can naturally raise your sperm count is by making sure that you’re eating well. A diet that’s rich in nutrients and antioxidants can greatly improve your sperm count, especially if you eat a lot of vegetables and fruits.

A healthful plant-based diet can give you the vitamins, minerals, dietary fiber, and antioxidants that you need in order to support normal sperm production. Try to eat more servings of fruits and vegetables that are rich in fertility-enhancing nutrients such as vitamin C, vitamin D, vitamin E, zinc, calcium, and folate.

Exercising regularly is another simple but effective way to raise your sperm count. You don’t need to engage in intense physical training. Taking daily walks for at least half an hour every day can already do wonders for your reproductive health. Plus, aerobic exercises like walking can also help improve your erectile function, so that’s an added benefit.

Not sleeping well is one factor that’s closely associated with reduced testosterone production and lower sperm counts. Hence, if you can set and follow a regular sleeping schedule, that’s another way for you to make sure that your body is making enough testosterone to nourish your developing sperm.

Aside from sleeping well, eating well, and getting sufficient exercise, you can also take herbal supplements. That’s another way for you to raise your sperm count naturally. For instance, you can try taking Tribulus terrestris, an herb that’s widely popular for its positive effects on male fertility and sexual health. 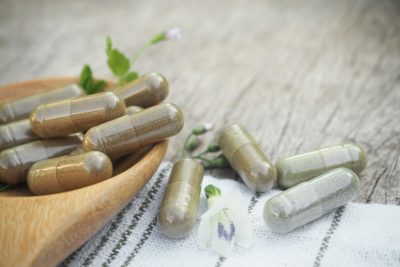 Tribulus terrestris has been consistently shown to increase sperm counts and improve sperm motility rates. That’s because this herb helps improve your testicular function and increases your testosterone production. In addition, Tribulus terrestris also contains various antioxidants that help increase your defense against free radicals that damage your sperm.

Maca is another antioxidant-rich supplement that’s also known for its fertility-enhancing properties. Maca is actually a cruciferous vegetable, so just like kale or broccoli, it’s also rich in vitamins and minerals that can greatly improve your sperm production and enhance your fertility.

Tribulus terrestris, Tongkat Ali, and maca are all contained in the unique formula of excellent all-natural male sex enhancement supplement that can significantly boost your sexual prowess.

Reasons Why Your Balls Could be Hurting

3 Sexually Transmitted Infections That Can Reduce Your Fertility