We can think of testosterone as an all-around player in the human body. The sex hormone has multiple functions, including regulating sex drive, fat distribution, bone mass, red blood cell production, sperm creation, maturation, and muscle formation. Looking further at its physiologic effects on humanity, it also functions by increasing our risk tolerance and managing our fears—which are very important factors to achieving success!

Success, as we talk about in this article, refers to an array of things, including but not limited to winning athletic competitions, gaining career recognition, and moving up the social ladder. These examples require an individual to be at the top of his game to win and rise above all the challenges and problems. And a good part of that, of course, is thanks to testosterone.

Let’s now turn our attention to our evolutionary ancestors, the primates. Studies have shown that alpha primates attribute their dominance and virility to testosterone. This keeps them on their toes, always alert to imminent dangers, and ready to defend their territories. They do not fully trust anyone they think can come in and challenge their authority.

The same can be said for our species, too. Humans are also more vigilant about potential threats, such as angry individuals. Social psychology research supports this wherein they tested the effects of injecting testosterone into men and women.

Interestingly, experts have also noticed how men are more hypervigilant around other men than women; whilst women are equally hypervigilant regardless of the person’s sex. This makes sense if we track the evolutionary history of not just humans but also other species. Male species often need to show dominance over other males who want to take over their residence or mates. In humans, this is also true and is sometimes what we label as aggression.

We can observe how testosterone has shaped the evolutionary path of many species. It is important to be fearless and strong enough to defend your territory, especially in the wilderness where the survival of an entire generation is at stake.

Testosterone Pushes You Forward to Success

Complacency is the enemy of success. If you think of CEOs, presidents, Olympic medalists, and business tycoons, they are anything but complacent. They are big dreamers who took a leap of faith and paved their way to success. They are highly driven and they don’t settle for anything less than what they deserve. And testosterone is the fire that lights up this kind of passion to get to the top.

Contrary to the common belief that testosterone equates to aggression, it is more related to the urge for dominance.

And, from experience, you don’t need to be aggressive to be dominant. Leaders do not need to scream at their employee’s faces and stare them down just to establish their presence in the room and demand respect.

Unlike other animals who mostly use strength to gain respect from their peers, humans have other ways to show dominance such as by demonstrating good skills in one subject, showing their problem-solving skills in a high-pressure situation, being friendly and fostering good teamwork, or even something as simple as being eloquent in negotiations. Testosterone remains a critical substance that fuels non-violent displays of dominance.

Testosterone Keeps You Focused on the Price 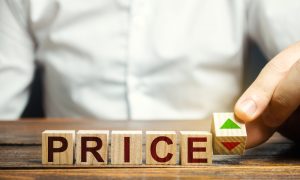 Dopamine, a neurotransmitter released by the hypothalamus, gets you motivated to win. Therefore, it is a part of the “reward center pathway” of the brain. Testosterone works by stimulating dopamine release in this part of our brain, which motivates us to succeed and reach the “rewards”.

When you are doing something important, be it joining a race, taking part in a competition, preparing for a major presentation at work, gearing up for a surgical procedure, or even taking an important exam at school, your testosterone levels are expected to shoot up.

Moreover, research has found this to be the case for grandmasters about to compete in a very crucial chess match.

As you can see from these examples, whether the activity is physical or more of a mental activity, as long as it is important to you, testosterone will help push you to do your best and perform well. It may not be a matter of survival like what our ancestors experienced, but the effects of testosterone are still similar in some ways if we look more closely.

After you’ve done well on the task at hand, the body celebrates by releasing more testosterone. This keeps our body filled with dopamine that motivates us to get more rewards. It keeps our morale high and makes us look forward to winning and succeeding more.

Previous studies have shown that athletes experience a surge of testosterone right after winning, which makes them excited to hop on again for another round or match. Meanwhile, testosterone levels decline in athletes who have just experienced defeat, along with a boost in cortisol. 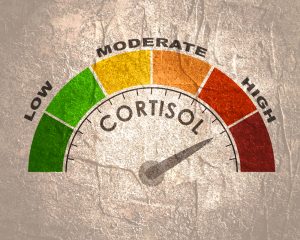 So what now if testosterone levels drop and cortisol levels shoot up after suffering a loss in an important event in your life? Experts postulate that this plays a role in ensuring the survival of an individual. It is only reasonable to stop fighting repeatedly against a much stronger and unfathomable opponent, after all.

Coincidentally, researchers have also determined that the cortisol increase affects the human male population more than women, especially when the loss was related to their status. They found that males with higher cortisol levels right before a game were most likely to lose, while those with lower cortisol levels were more likely to perform well and dominate the match.

Overall, we have seen how testosterone can act as our cheerleaders. It senses whether something we are about to do is important to us or not. It also creates a cascade of physiologic effects to help us succeed.

So, whenever you are nervous about an upcoming event or feeling pessimistic about anything, just think back to how your testosterone is there to help you get through and reach your goals. Believe in yourself. Remember that you’re a living testimony to the success of millions of years of evolution!

7 Lifestyle Changes to Break Through a Weight Loss Plateau

How to Seduce A Woman: 9 Secrets Every...