The concept of exercise and the benefits that it can provide to us have been around for thousands of years, probably since mankind has existed. As we acquired new information and knowledge as time passed us by, naturally the way in which we exercise has evolved.

Some of the exercises that we used to do even 30 years ago have been deemed as antiquated and not optimal, however there are plenty of good, effective exercises that have faded out of many people’s repertoire over time.

Evolution is an important part of fitness in not just the concept itself, but for the individual as well. It is really easy to stagnate your progression by doing the same exercises over and over again; many of us always looking for something new and revolutionary to do. This is not just for progression, but to break the monotony of it all as well.

What if varying up your routine while still maintaining gains was as easy as looking to the past? Well, it just may be that simple. You just need to know where to look and what traditional exercises can still be effective today.

This exercise is a variation of the traditional squat, and something that anyone of any fitness level can try. It may be a little tricky at first because you aren’t familiar with it, so use light weight at first until you get the hang of it. 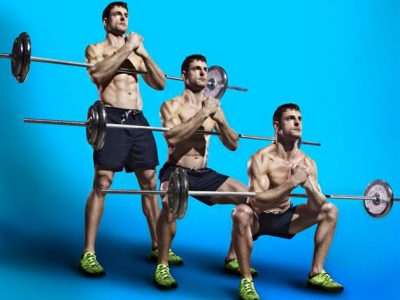 To do this exercise you will be performing it like you would a traditional squat as far as your form and equipment is concerned, except that you will be holding the straight bar with your arms at the elbow instead of draping the bar across your back. Squat down to where your elbows just barely come in contact with your thighs, then return back up to the starting position.

This exercise is not only going to build up your legs like a normal squat does, but it is going to target that middle and lower back more so as well. It of course gives the arms a decent amount of work because of the way that you are holding the bar too.

This is a great variation for those suffering from spinal injuries or those just looking to lessen the impact of the squat on their vertebrae in general.

Working out the biceps can be one of the most boring parts of your exercise routine, as there are only so many ways in which you can curl a bar. Most people are always looking for something new, but an older variation of the curl can really give you some great isolation work while switching things up at the same time. 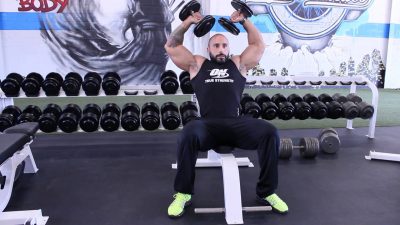 To better isolate and work the shoulders, instead of doing the traditional shoulder press, Larry took the weights and flared his arms backwards, in a modified version.

This may be hard to visualize, but think of the motion of the exercise similarly to that of a reverse fly, while holding the weights in a neutral position with your arms in front you, with your elbows at 90 degree angles. Then bring the weights upwards towards your back by rotating your shoulders.

This exercise works on scapula retraction and elevation which not only isolates the shoulders but gives the traps a nice burn as well. This is a really simple movement that can really help you add more mass to your shoulders and traps.

Quarter-Life Crisis and Getting Over It

All You Need to Know About Working Out...

WHAT’S NEXT WHEN YOU DON’T GET THE DESIRED...

Beginner’s guide on how to jump a rope

12 Exercises That Can Help Improve Your Balance