Do You Want to be Fit as an Army Man? Here is What You Need to Do! 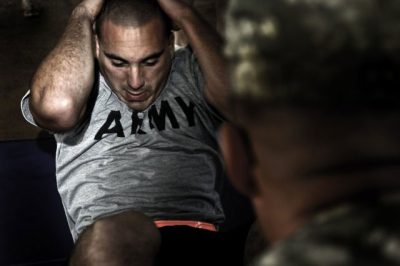 There are many Army men who are strong as an ox or a bear, who knows? Anyways the point being they have muscles of steel and they can do just about any physical fitness test they are put to. If you want to be fit as an army man, there are some things you can do to test your fitness against theirs. There is a physical fitness test they have to go through that tests their fitness for the battlefield. Not that you will be put onto a battlefield but if you want to be ready for anything, here are some ways you can test your fitness like an Army Man.

What is the first test you should do?

What is the second test you should do?

If you want to be as fit as an Army man, you should also do some more testing in addition to what you read above. Some of the other things you can do include the 1 ½ mile run, as many push-ups as you can in one minute, a standing long jump and the 60-yard shuttle run as well.

What other things are Army men tested on? 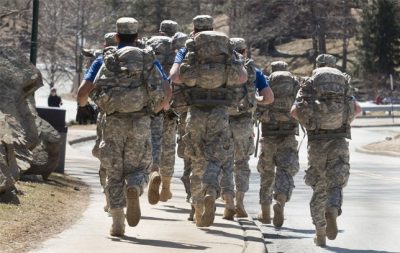 Some of the other things that Army men are tested on include low hurdles, 400-meter run, high crawl, casualty drag, over and under moves, 100-yard shuttle sprint while holding weights and much more.

As you test yourself, remember you may not be this fit right now. It takes a long time for Army men to train before they even become part of the Army. They have to go through boot camp and other training and then they keep training once they are in the Army. You can’t just complete everything and become as fit as an Army man overnight. You may have already been into fitness plans and such and meet the levels of an Army man. If that is the case keep in mind that in order to keep up with that fitness, you have to keep training yourself. The point of training is to improve fitness performance, improve daily living skills and be ready for anything. If these are things you want to do, you can search for many other Army fitness tests online or on the Army site.

Even if you have no intentions of becoming an Army man that doesn’t mean you can’t be as fit as one. Always trying to improve your fitness levels gives you something to strive for and that is what Army training is all about.

Interesting Weight Loss Facts You May Be Surprised to Know

7 Lifestyle Changes to Break Through a Weight...

HOW TO LOSE 20 POUNDS VERY QUICKLY

How to Stop Overeating At Night

10 Alarming Reasons Why You Shouldn’t Be Happy...

If You Think Exercise is the Easiest Way...

11 Safe And Effective Tips For A Healthy...

6 Tips to Help You Shed those Extra...

10 Crucial Tricks to Keep the Weight Off...