Watch Out For Ikea’s Largest Store

IKEA currently owns its largest store at the KTX Gwangmyeong Station in the capital area of Seoul in the vibrant and dynamic country of South Korea. It was inaugurated on 18 December 2014 and has a total area of 640,000 square feet or 59,000 square meters.

It also has four other largest stores which are all strategically located mostly in different countries in the Asian region and notably present in its country of origin which is Sweden.

The second largest store is located at Stockholm Kungens Kurva in the country of Sweden, which has a total area of 55,221 square meters or 594,167.9 square feet

The third largest IKEA store is located at Shanghai Baoshan in China, which has a total area of 55,032 square meters or 592,359.5 square feet.

The IKEA store at Goyang, Gyeonggi in the mountainous country of South Korea occupies the fourth spot of the top five largest IKEA stores, which has a total area of 52,199 square meters or 561,865.4 square feet.

The fifth largest IKEA store is located at Bang Yai, Nonthaburi in the cultural country of Thailand, which has a total area of 50,278 square meters or 541,187.9 square feet.

As of today, the excellent news is that IKEA will be expanding its company again by constructing its supposedly largest store in the world. This construction will be happening in the emerging country of the Philippines, which is a third-world country.

Why would one of the largest home furnishing retailers in the world settle its largest store in a third-world country like the Philippines? Well, their managers have already done the math since the population of the Philippines is roughly 121 million already, which are mostly composed of millennials. 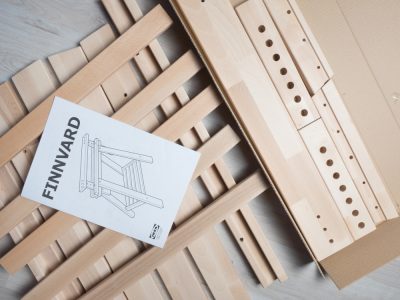 IKEA may also mean “I Know Everything Already” since the company sells ready-to-assemble (RTA) types of furniture prompting everyone to assume that you already know everything, or what you are doing, especially when you already assembled your own furniture.

IKEA’s ready-to-assemble type of furniture is also known as knock-down furniture, kit furniture, or flat-pack furniture since you will easily know how to assemble furniture based on the instructions that are included in a carton that you will be receiving when you buy from them. You only need to have the basic tools necessary for a DIY project, which may include a set of screwdrivers, although sometimes such tools are already included in a package.

Did you know that Ingvar Kamprad was only seventeen years old when he founded the company? He was considered one of the richest people in the world in the year 2015. He founded the company on the idea that an appliance and furniture must be practically assembled with modern style.

All the products of IKEA are eco-friendly with its parts and are designed with a modern yet simple style. It also combined cost control and operational details with its products, aside from the constant development of its products to cater to the needs of its clients.

IKEA company is considered one of the largest consumers of wood since most of its products are using wood for its main parts.

Regarding its soon-to-be largest store, the target completion and opening date is estimated to be in the year 2020, and it will have a total area of 65,000 square meters. Just imagine 150 basketball courts that can fit into this store and that’s how large the store will be. The location will be at the SM Mall of Asia, which is strategically located near the Manila Bay in Parañaque City wherein most properties are already booming in the area. 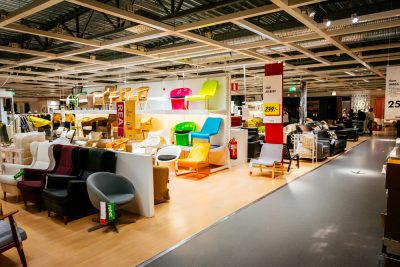 Two floors of this largest IKEA store will be dedicated to its brick and mortar retail store, which will be intended for those traditional buyers who love to feel the real item before purchasing. The other floors, which include the third, fourth, and fifth floors will be designated for its warehouse and a call center since most buyers nowadays are choosing to buy online to avoid the hassles of getting in queues and the stress of traffic when going to the mall.

IKEA also has many interesting videos that you can watch online. You can see practical and easy-to-assemble products which are made to lessen the costs of shipping. An already assembled IKEA bookcase, such as the Billy bookcase, can be easily packed when disassembled by its owner compared to a fixed bookcase which is rather a hassle to be carried when moving to a new house.

Since the founder of the company is dyslexic, he made the decision to name their products using proper names and words so that it will be easily remembered by the buyer.

They have also included flat-pack apartments and houses in their line of products and services, plus solar panel packages, which are also called “residential kits”.

Aside from ready-to-assemble home furniture, they also ventured to other businesses including owning a mega family shopping center in Russia, launched a now-defunct virtual mobile phone network, which was aptly called IKEA Family Mobile, HDTV and entertainment system joint venture with TCL, established an economy hotel chain network in Europe, and acquired the TaskRabbit, which is a San Francisco company that offers online and mobile products and services.