Contents show
1 What is the origin of modern coffee?
2 The Positive Effects of Coffee
3 Coffee’s Negative Effects

What is the origin of modern coffee?

The coffee that is consumed and grown worldwide is related to the ancient coffee forests of the Ethiopian Plateau, though it was not until the 13th century that coffee as we know it gained popularity Saudi Arabia. It was in Saudi Arabia that the very first “modern” coffee bean was roasted giving way to a wide spread distribution and consumption of a beverage unlike any other. Coffee was a popular drink with the Muslim community during prayer time due to the energizing properties the beverage had to offer.

After around two centuries coffee spread throughout the Arabian Peninsula. Coffee cultivation spread to the Yemeni portion of the Peninsula by the 15th century and by the 16th century the knowledge of coffee had spread as far as Persia, Syria, Turkey and Egypt. Over the centuries, European travelers had spoken of an obscure, black beverage that was found in the Middle East, this sparked curiosity in many and brought the cultivation and trade of the esteemed bean to Europe around the 17th century. 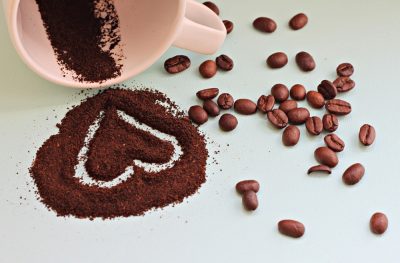 By the mid-1600’s, coffee had been introduced to New Amsterdam, which is now known as New York. Although coffee rapidly began to appear in just about every tea house, tea remained the preferred drink in the region. When higher taxes were imposed on tea for the colonists, it caused a revolution ending in the Boston Tea Party and an increase in coffee’s consumption and popularity.

With coffee’s journey through the centuries came massive tropical or mountainside plots of coffee trees, widespread consumption of the drink and even the establishment of new nations that relied on coffee-based economies.  Today, coffee is second in demand to oil worldwide, in fact, 2.25 billion cups of coffee are consumed every day internationally. We owe the psychoactive drug within coffee, caffeine, the credit for the intensely positive and negative effects this drink has on our bodies and for the world’s coffee addiction.

The Positive Effects of Coffee

Contrary to popular belief, coffee is not awful for your health. Some studies have even shown coffee to help defend the body against Type 2 Diabetes, this happens due to the increase of SHGB (sex hormone-binding globulin) caused by coffee. Sex hormone-binding globulin manages the activity of sex hormones (estrogen and testosterone), these play a part in whether Type 2 Diabetes develops or not.  In recent studies it is shown that increased coffee consumption, typically by more than one cup a day, over a four-year time span will lower Type 2 Diabetes risk by 11% compared to the people who did not increase intake.

Another possible ailment that coffee can be used for in terms of prevention is Alzheimer’s disease. Alzheimer’s is a degenerative brain disease that causes millions of people to lose their memories and much more every year, luckily there are ways in aiding the prevention of this awful disease such as drinking more coffee, though it is not an end all to the situation.

For those with poor liver health, coffee is said to potentially defend the body from liver disease, also known as cirrhosis. Cirrhosis is ranked the 12th highest cause of death in the US, about 32000 people lose their lives to this disease yearly. Luckily, it has be shown that frequent coffee consumption correlates with a tremendously lower risk of liver stiffness. 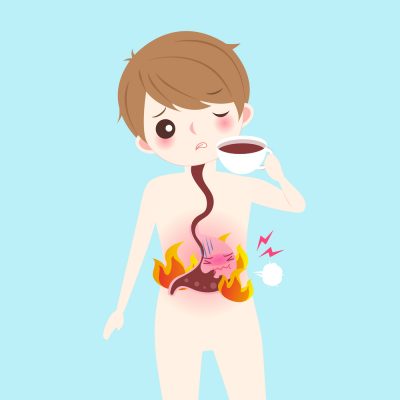 Along with every positive comes a negative and I am here to tell you that the negatives to drinking coffee are not as bad as you may think.

We all know coffee to be an anxiety inducing beverage at times and some of us try to avoid it during times we know will be stressful, while others may choose to avoid it all together. Whether you avoid drinking it or not is your prerogative, though there are some helpful hints as what this beverage could do to negatively affect your body.

Coffee is a highly acidic drink that can become extremely irritating to the gut and though we all would love to believe decaf would change that, it doesn’t. In fact, decaffeinated coffee an increase in stomach acid that happens to be higher than regular caffeinated coffee.

Some studies have shown coffee to be a booster in stressful situations for women, though this, unfortunately, seems the opposite stands true for men. Some may view the high energy and alertness caused by coffee to be a benefit, while others find the caffeine crash to be a bit too much for them.