Contents show
1 Key points
2 What exactly are allergies?
3 The most effective treatments for seasonal allergy symptoms
4 Are there any side effects?
5 How to Determine Which Allergy Medication Is Best for You
“Do I have a cold or the flu?” is a very common Google search. It is understandable because many signs are identical, and they are treated very differently. You don’t want to waste time on the wrong medication; you want to know what you’re dealing with so you can handle it properly and start feeling better as soon as possible. Allergies are the same way, and you’re most likely treating your allergy symptoms incorrectly.

What exactly are allergies?

According to estimates, seasonal allergies affect 10-30% of the world’s population (it is also known as allergic rhinitis or hay fever). Although the name implies that the runny or stuffy nose, sneezing, and red, itchy, and watery eyes are the symptoms that occur only during the winter or certain seasons like pollen season, some people are affected all year. Allergy symptoms like these can vary from mild to extreme depending on your immune system and the type of allergy you have.

The most effective treatments for seasonal allergy symptoms 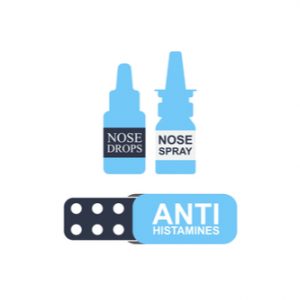 When it comes to selecting the correct allergy drug for your symptoms, the last thing you want to do is fly blind to trust your luck and hope that you get it right the first time. We’ve broken down three things to consider when deciding how to handle your allergy symptoms. It will help you get it right the first time, so you can get back to completing your to-do list without having to worry about watery eyes and your runny nose.

Certain drugs are better suited to treating specific symptoms than others. The following are the four major categories of medications available as prescription or over-the-counter (OTC), with their available forms in parentheses:

Are there any side effects? 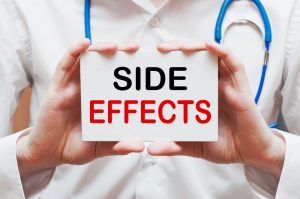 Medications are rarely without side effects. Some allergy drugs can cause nosebleeds, headaches, nausea, a bad taste in your mouth, and a cough. However, it becomes more specific after that here in terms of what to expect and how potential side effects can be. Each drug class has its collection of common side effects. We are stating them here for you to make an informed choice.

How to Determine Which Allergy Medication Is Best for You

The best allergy medicine for you is one that easily alleviates your allergy symptoms while causing as few side effects as possible.

7 Ways Men Can Spice Up Their Partners’ Sexual Cravings

Watch Out For Ikea’s Largest Store